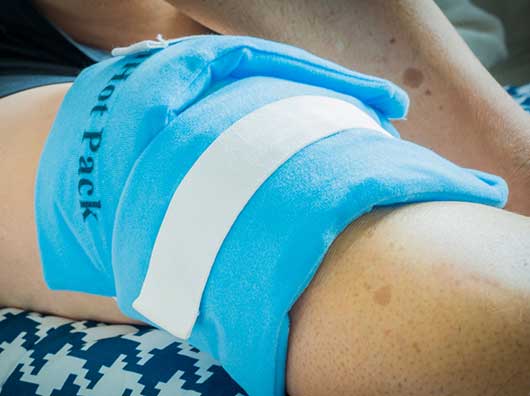 Avascular Necrosis of the Knee

Avascular necrosis (AVN), also known as osteonecrosis, aseptic necrosis or ischemic bone necrosis, is a condition that is characterized by the death of bone tissue that results from a reduction or interruption in the blood supply to the bone. This condition can be caused by narrowed blood vessels, pressure inside the bone, or injured or dislocated joints. AVN can lead to small bone breaks and the ultimate collapse of the bone. The hip and knee are the most common joints affected by AVN, followed by the shoulder, ankle, elbow and wrist.

The cause for the development of AVN is poorly understood. However, many experts suspect that an interruption of the blood supply to the affected bone plays some role. It can be caused by trauma and damage to the blood vessels that supply the bone its oxygen. Other causes of poor blood circulation to the bone include a blockage by air or fat (embolism) that obstructs the blood flow through the blood vessels, abnormally thick blood (hypercoagulable state), atherosclerosis (hardening of the arteries), or inflammation of the blood vessel walls (vasculitis). The majority of AVNs are developed through either traumatic injury to the affected bone (such as fracture and dislocation), steroid medication usage (glucocorticoid medications such as prednisone and prednisolone, particularly when given in high doses), or excessive alcohol consumption.

AVN begins as a painless bone abnormality and it can remain painless. In its early stages, AVN typically has no symptoms; however, as the disease progresses, it becomes painful. Initially, patients may experience pain when pressure is applied to the affected bone. Eventually, the pain becomes persistent. If the disease progresses, the bone and surrounding joint collapse, leading the patient to experience severe pain that interferes with joint function. For instance, if a hip joint develops AVN in the ball of the hip joint, pain can be noted, especially upon weight-bearing. As the ball of the hip joint collapses from the degeneration of the bone from aseptic necrosis, pain in the groin can be felt with hip rotation, and pain can sometimes be noted with rest after weight-bearing. AVN of the knee is often associated with pain or limping with walking. The time between the first symptoms and collapse of the bone may range from several months to more than a year.