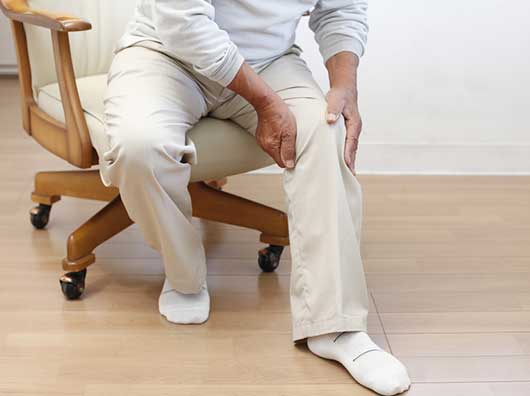 Complex regional pain syndrome (CRPS), also known as reflex sympathetic dystrophy syndrome, is a chronic pain condition characterized by severe pain primarily affecting the extremities, with sprains and fractures being the most common inciting events. It usually affects just one arm or leg and often follows an earlier injury to the limb. Although it is a poorly understood and painful condition, experts believe that CRPS occurs as a result of dysfunction in the central or peripheral nervous systems. It causes the nervous system to send frequent or constant pain signals to the brain. The nervous system becomes overactive, causing intense burning or aching pain, swelling, changes in skin color and moisture.

CRPS is most common in people aged 20-35. The syndrome can also occur in children; it affects women more often than men. There is no cure for CRPS.

CRPS most likely does not have a single cause, but rather results from multiple causes that produce similar symptoms. Most health professionals believe that several factors working together may trigger the symptoms. The most common triggers are fractures, sprains/strains, soft tissue injury (such as burns, cuts or bruises), limb immobilization (such as being in a cast), or surgical or medical procedures (such as needle stick). Clinical evidence suggests that pain receptors in the affected part of the body become responsive to catecholamines, a group of nervous system messengers. CRPS is believed to be caused by damage to, or malfunction of, the peripheral and central nervous systems. In cases of injury-related CRPS, the syndrome may be caused by a triggering of the immune response, which may lead to the inflammatory symptoms of redness, warmth and swelling in the affected area. The way each of these factors contributes to the onset of CRPS may be different for each person. In many cases, CRPS is the result of multiple causes that act together to produce various symptoms.

Patients with CRPS experience changes in skin temperature, especially skin on one extremity can feel warmer or cooler compared to the opposite extremity. Skin color may become blotchy, pale, purple or red. The texture of skin also can change, becoming shiny and thin. In addition, patients with CRPS may have skin that sometimes is excessively sweaty.