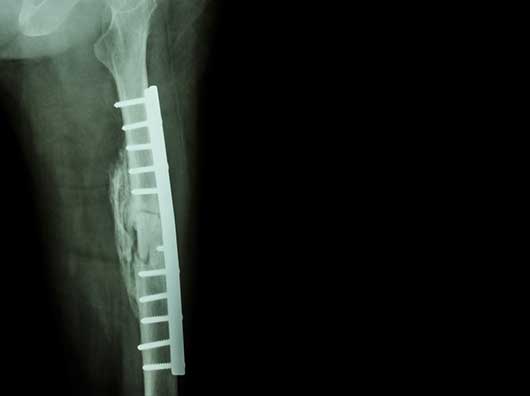 Most intertrochanteric fractures are managed with either an intramedullary nailing or compression hip screws. Intramedullary nailing involves insertion of a specially designed metal rod (intramedullary rod) into the marrow canal of the femur through an opening made at the top of the greater trochanter. Intramedullary rods are used to align and stabilize fractures. A lag screw is then placed through the nail and up into the neck and head of the hip. As with the compression hip screw, sliding of the lag screw and impaction of the fracture take place.