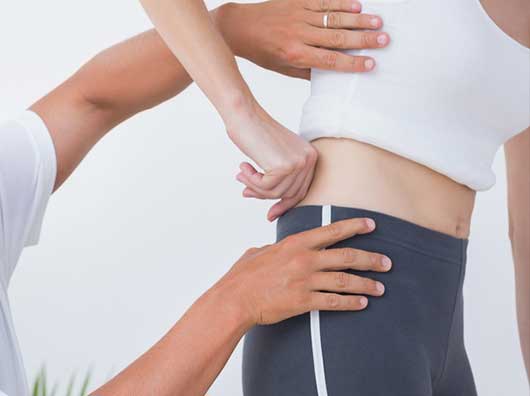 A hip fracture is generally defined as a break in the proximal (upper) portion of the femur (thigh) bone. It is more than a broken bone, and its complications can be life-threatening. Hip fractures occur just outside the area where the femoral head (ball) meets the acetabulum (socket) within the pelvis. Hip fractures are generally classified into three major types depending on the specific location of the fracture: femoral neck, intertrochanteric, and subtrochanteric fractures. The extent of the break depends on the forces that are involved. A hip fracture almost always requires surgical repair or replacement, followed by months of physical therapy.

Hip fractures most commonly occur from a fall from a standing position or from a direct blow to the side of the hip. As people age, bones naturally lose strength, become fragile, and make the hip more susceptible to breaking, even from a minor fall. In severe cases, it is possible for the hip to break with the patient merely standing on the leg and twisting. Some medical conditions, such as osteoporosis, cancer or stress injuries, can weaken bones which tend to break easily.

Other causes that increase the risk of hip fractures include:

The symptoms for a broken hip can include:

Surgery is the most common treatment to repair or replace a broken hip. Hip replacement surgery involves removing the damaged part of the hip and putting an artificial hip part in its place.

After surgery, an orthopedic doctor may recommend physical therapy to help recover faster.